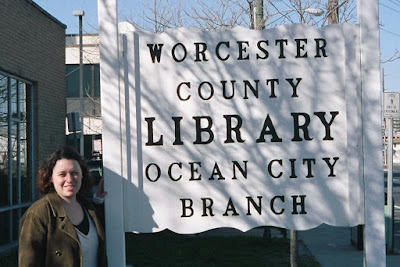 I had a solo exhibition at the Ocean City Library for the month of March 2007. 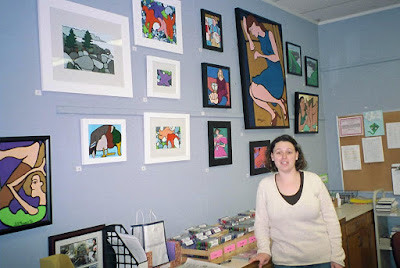 Whatever I was about to say to my esteemed photographer Robb probably could have waited until after he took the picture. Heh! But it would have been even funnier if he had taken pictures while I was hanging the show. I had to stand up on the returns desk and make a lot of noise hammering nails into the wall...at the library. Shhh! 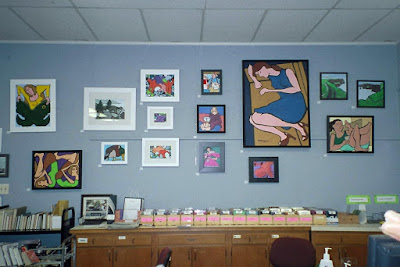